Mental health is a problem in our current society. The Italian Jannik Sinner, rising star of the ATP circuit and now a member of the Top 10, is not only fully committed on the tennis courts. He is also at the initiative of an awareness campaign on the mental health of athletes, particularly affected during the Covid19 pandemic.

Tell us about your mental health campaign What’s Kept You Moving?

I came up with the idea of What’s Kept You Moving during lockdown in 2020, I wanted to create a conversation around how people are dealing with difficult times and that its ok to talk about hard things that you’re facing. 2020 was the start of a hard time for many, many people, especially my generation, Generation-Z in relation to mental health. It was a huge problem before the pandemic and since then it has only been heightened. I wanted to collect people’s stories of how they have delt with mental health with the with the hope to create a sense of community and a safe space to share your thoughts and feelings, with the idea to get people talking more about it.

Have you enjoyed creating the project so far?

For me it’s been great, to feel like I am able to give back a little bit and use the platform that I have for good. The project has received some great feedback and a lot of support, it’s very inspiring for me to see people get behind this and show their support. So far, I have spoken to a mixture of people from athletes to young aspiring tennis players, and everyone has been able to share their positive and negative experiences of the last few years, to hear everyone’s stories has been a privilege for me.

What have you learnt by going through this process?

One reason for making this project was that I feel like everyone has a story, no matter what walk of life you are from or what stage of your life you are in, everyone has a story which should be told. This is something I felt before the project but has only been justified further since the start of it. To see that no matter what people are doing or going through in their life, we can all relate. That’s why I am happy its sort of made a community where people are able to come together and share experiences. 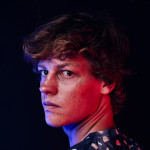 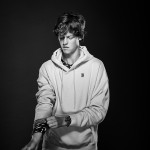 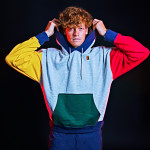 Tell us about some of the participants in your project so far?

I’ve spoken to many great people so far and I hope to continue to in the future. So far I have spoken to Paralympic gold medallist Bebe Vio, Filippo Tortu, Jordyn Huitema, Favij and a number of junior aspiring tennis players. It’s been great because each participant has brought something different to each episode. Bebe was great because she is a friend of mine and to have her be part of the project was fun, she shared how she found the process of trying to prepare for the Olympic Games in the middle of a pandemic and the uncertainties that placed on her shoulders, so to see her go on to defend her Olympic title was extra special. Next I will be speaking to a Dr who was on the frontline during the height of the pandemic, I think it will be very interesting to speak to them to understand how the past couple of years have been for them and how they were able to navigate through it.

Why do you think it’s important to create a discussion around mental health?

For me, I feel like not enough people were or are talking about the subject, there are some conversations happening but not enough, and that’s why I wanted to use the platform that I have to try and create some awareness and get more people talking. As I said before, my generation has been really struggling when it comes to mental health, especially throughout the pandemic, people have felt isolated and alone due to the uncommon circumstances we found ourselves in, so I feel the more people that can talk about it and destigmatise it the better, creating a community where everyone feels safe to talk about how they feel was and is the goal.

Where do you see What’s Kept You Moving going in the future?

I’m keen to keep building out the project for years to come, I think it’s very important to continue raising awareness around mental health in whatever way that may be, it’s something I want to continue to do. As I said I have a platform with what I do so I have the desire to build something that can help other people. I have the next few participants lined up for my social channel episodes, and I am already working on an exciting project with GQ to build this out even further. It’s an ongoing topic that is very important to me and I want to continue to raise awareness and give back to whenever I can. 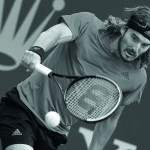 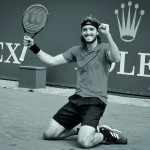 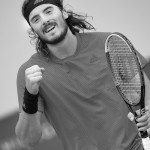 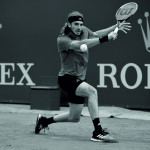