It was in the Salle America of the Monte-Carlo Bay Hotel that the Tournament Director, Zeljko Franulovic, revealed the highlights of the next Monte-Carlo Rolex Masters. Organised by the SMETT (Société Monégasque pour l’Exploitation du Tournoi de Tennis), on the famous clay courts of the Monte-Carlo Country Club, the Monte-Carlo Rolex Masters, which will take place from 15 to 23 April 2017, is the first European tournament of the prestigious ATP World Tour Masters 1000 category. Along with the Formula 1 Grand Prix, this event is one of the most emblematic sports and cultural events over the spring period. 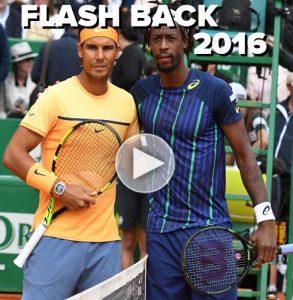 After having revealed the new logo and visual identity which illustrate the very close ties between the tournament and its title-sponsor Rolex, Zeljko Franulovic presented the official poster, which, for the 8th consecutive year, was designed by the English artist Andrew Davidson.

The Tournament Director pointed out that in 2016, the 110th edition “broke the spectator record with 135,652 spectators, and had the participation of 8 out of 10 of the top world players”. The highlight of the week was the final between Rafael Nadal and Gaël Monfils, the first French player to reach the Tournament final since Cédric Pioline’s victory in 2000. For his 100th final, and 10th at the Monte-Carlo Rolex Masters, the Spaniard won his 9th title on the Rock of Monaco.

Even if the final list of 45 players directly accepted into the Main Draw will not be officially known until 22 March, the ATP entry deadline, the 2017 preliminary list looks exceptional. And it was the nine-time tournament winner, Rafael Nadal, who was one of the first to sign up, along with Novak Djokovic, a Monaco resident.

A week that promises to be eventful both on and off the courts, with numerous entertainments, such as the Kids Day on Sunday 16 April 2017, last year attended by over 1,700 children, and of course the traditional Grande Nuit du Tennis on Friday 21 April.

Among this year’s novelties: the Main Draw will take place on Friday 14 April at 6.30 p.m. (and not on the Saturday), in the Exotic Garden of Monaco, and a charity exhibition will be organised on Saturday 15 April, for the benefit of Amade Mondiale Monaco, presided over by H.R.H. Princess Caroline of Hanover. 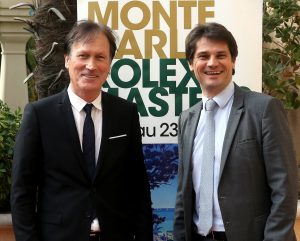 An ever present public

“Everything implies that in 2017, Court Rainier III, Court des Princes and the adjacent courts will be full on most days. Indeed, we are already well above last year’s results at the same period”, stated Zeljko Franulovic; while pointing out that “as in previous years, a small number of tickets are on sale at the ticket office each day”.

– In the ticketing sector, by developing their own on-line exchange which allows to resell own ticket in complete safety. Another new function on the official website (www.montecarlorolexmasters.mc), the 3D modeling of Court Rainier III and Court des Princes, to allow spectators to better visualise the location of the seats they wish to reserve.

– In the field of new technologies, by improving the functions of the mobile application created in 2016; by increasing presence on the different social networks; but above all, thanks to the cooperation with the Agence Réalis Monaco, by giving tournament spectators the exclusive possibility to test a new application named “Megaselfie”, which enables them to take, and then share, an original photo within the mytical setting of Court Rainier III.

Rendez-vous from 15 to 23 April on the legendary courts of the Monte-Carlo Country Club.